When Danica Kenny took her 6-year-old daughter, Daphne, shopping with her on a typical run to the grocery store, they never imagined what they’d find randomly laying on one of the store’s shelves.

A ‘Shopping List’ That Ended Up Being So Much More

They were shopping at Raley’s Supermarket in Sacramento, and when Daphne found a random piece of paper, her mother first thought that it must have been someone’s grocery list that they’d left behind.

However, that wasn’t the case, as Danica quickly figured out.

“It was a note that said, ‘Whoever finds this, I love you,” and a hundred dollar bill was enclosed inside. In an interview with CNN, Danica said, “I thought, ‘Could this be a fake?’ But I worked at a bank so I’ve seen counterfeits before and it looked real!”

What They Did With the Hidden Grocery Note

Daphne, since she is just six years old, didn’t quite understand how much money she’d been given. Her mother said, “To her, a penny is the same as a $100 bill. So I told her you found $100 and I told her that it was a lot of money.”

Danica admitted that her first thought was to keep the money for herself, but she ended up letting her daughter keep it since she’d found it, and allowed her to choose what she wanted to spend it on.

In a move that surprised no parent, instead of opting for perhaps, Valentine’s Day gifts, Daphne decided she wanted to spend her newfound wealth at Build-a-Bear, and build a bear, she did.

Or rather, she decided to build two plush cats, and named them both “Steamy,” after their real-life cat. Her mother said that Daphne dresses them in pajamas every night before tucking them into bed.

A Lesson Learned in Generosity

Danica explained why she let her daughter choose what to spend the money on, saying, “She’d have more fun with it. I would have just put it towards groceries. I don’t think I would have appreciated it to the level that she did.”

She also commented that she hopes that this experience will provide a lesson for her daughter, saying, “I hope it makes her think how her actions can affect other people and that even something small can make somebody happy.” 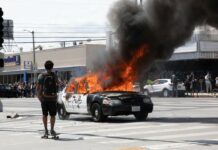 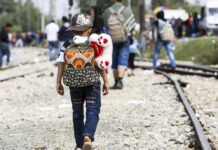 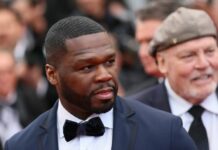