Lawyers could make an interesting case in a new loophole some have pointed out in the federal law that raised the age to buy cigarettes to 21. This loophole has nothing to do with timing: the federal government is pretty clear that it is already illegal to sell tobacco products to anyone under 21.

From the FDA’s site: “It is now illegal for a retailer to sell any tobacco product — including cigarettes, cigars and e-cigarettes — to anyone under 21.” However, what could pose a headache for law enforcement is that this is federal regulation, not state law. This means that, while federal authorities can enforce the law, state and local level authorities don’t actually have the jurisdiction to handle it.

What Does This Mean?

In short, this makes it complicated for police officers to intervene if they believe someone under 21 has purchased tobacco products. Since police officers enforce state- or local-level laws, not federal laws, they wouldn’t, legally speaking, be able to do much about some local convenience store violating a federal law.

One can imagine how silly it might be for a federal agent to have to be the one to make the arrest of a 20-year-old who sneaks a pack of cigarettes by lying to store clerk. Or, more realistically, how unlikely it is that a federal attorney will be filing charges against a store that refuses to cooperate with the new federal law.

States to Pass Their Own Tobacco Age Laws?

As we’ve seen with marijuana legalization efforts, the states and federal government can often be at odds over how to administrate. After all, there are several states that have legalized recreational marijuana use, though the drug remains illegal at the federal level. Does this mean that a similar battle over tobacco-buying age could be on the horizon?

When the drinking age was raised to 21, several states resisted this change. It wasn’t until the federal government tied passing of state laws raising the age to 21 to federal grants for building highways that states fell in line. At present, it doesn’t appear that any states are resisting the new smoking age. However, it’s worth noting that local law enforcement will be unable to do anything about people age 18-20 smoking until local laws shift to reflect the federal statute. 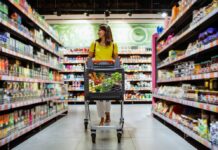 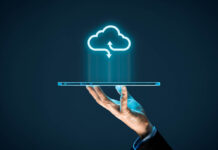 Cancer Warning for Coffee, Man Swallowed by a Whale, and More News