One of the most pressing public health concerns of this generation is the COVID-19 pandemic. It has infected millions and killed hundreds of thousands. The novel coronavirus has upended the world’s economy and forced people to stay isolated in their homes. In short, the last few months have been far from fun.

Any sliver of good news in this crisis is often dampened by the knowledge that the pandemic rages on. However, it’s undeniable that the lockdown orders have resulted in a drastic decrease in global carbon emissions.

Before you get too excited, though, the reduction is unlikely to last. As most of the world’s economy slowly resumes normal operations, it’s unlikely that the historic lows of the past few months will hold.

An analysis published on Tuesday shows a seventeen percent drop in global carbon emissions through the global lockdowns. This is in comparison to the daily averages in 2019. Scientists have remarked that these are astounding numbers. That drop could be the largest in recorded history, according to some scientists.

April, which was the height of the global lockdowns, saw carbon emissions numbers matching those seen in 2006. Strict orders to stay at home, interrupted manufacturing and the grounding of nearly all air traffic contributed to this. This is huge for the climate, as carbon dioxide emissions are a greenhouse gas. This means that they are a major contributor to global warming.

Drop Is Good, but Won’t Last

Imagine this drop in emissions being akin to people asking for advice on how to stop smoking. Even if you stop smoking for three months, you won’t be any better off if you just resume smoking again after quitting. In order for the health benefits of quitting to come into play, you have to keep avoiding cigarettes. The same is true for the environment.

Despite some pundits trying to downplay the impacts of global climate change, most scientists are in agreement. Climate change is real, it’s likely been exacerbated by human activities, and the biggest culprits are some of the largest companies on Earth. Sweeping regulatory changes are needed, and fast, if the Earth is to stay a comfortable home for humanity.

Coach With Most NFL Wins in History Passes Away 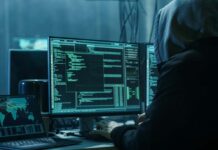 WHO, Gates Foundation and NIH Targeted in Bizarre Hack