In his most blatant attempt to undermine the integrity of the 2020 election, President Donald Trump has openly admitted to blocking funding to the United States Post Office. His reasoning is that, without the funding called for by Congressional Democrats, the Post Office will be unable to handle the volume of mail-in votes expected this year. Due to the pandemic, many more people expect to vote via mail in 2020 than in normal election years.

However, President Trump maintains an unsubstantiated claim that mail-in voting is fraudulent. The president has offered up no evidence to back this claim. However, he continues to claim as such, loudly, on national television to everyone that will listen. Democratic pundits and even several members of Trump’s own party have expressed disapproval of the president’s insistence that mail-in votes are somehow prone to fraud.

Why Make These Claims, Then?

With nonpartisan research showing that there is no widespread fraud in US elections, and that mail-in voting is not prone to fraud, a question remains. Why would the president claim something this provably false? The facts about voter fraud are as clear as the nutrition facts on a Kind Bar.

Some pundits speculate that Trump could be trying to lay the groundwork for contesting the election results should he narrowly lose. However, this would be an unprecedented situation. A sitting president has never second-guessed the election results in American history. How to resolve such a situation isn’t entirely clear. However, the specter of such a scenario certainly has many politicos scratching their heads. 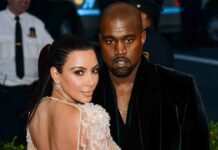 Trump Attorney Sued for $1.3 Billion by Dominion and More News 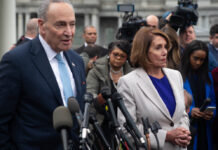