Like Ford and Chrysler before them, General Motors (GM) announced it will be reducing the number of sedan and hatchback models it produces in the US, eliminating six models next year and focusing mainly on trucks and SUVs. 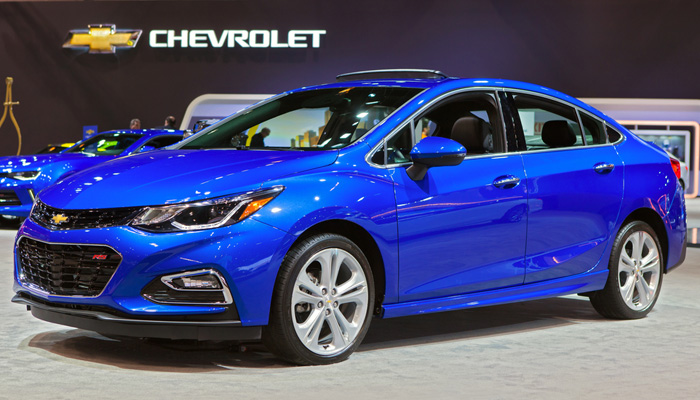 It may be the best time to score a deal on six vehicles manufactured by GM that the company will discontinue production on within the year.

Yesterday, General Motors announced it would be shutting down five of its plants in North America, as well as, cutting 15% of its salaried workforce.

Today, General Motors announced that it planned to also in production on six of its sedan models by the end of 2019.

GM’s adjustment to its line of vehicles may have more to do with the desires of US consumers than its connection to shuttering five of its manufacturing plants.

Back in April, Ford Motor Company said that it was going to stop production on all of its North American car lineup except for its sports car, the Mustang, and its compact crossover vehicle, the Focus. In September, Ford announced it was focusing on SUVs and trucks, and ending production of its Mondeo, Galaxy and S-Max models.

The 6 models GM is discontinuing

Sales of this vehicle have dropped some 14.2%.

This is the least popular in the Cadillac line, and sales of this vehicle have dropped 10.6%.

The predominant purchasers of these vehicles have been limousine and taxi companies, and sales are actually up 15.9%. Among the 6 vehicles GM is discontinuing, it sales are performing better so far for 2018 then those of 2017.

Despite being the top compact car pick of Consumer Reports last year, its sales are down 26.5%.

This vehicle was consumer the top choice of large cars by Consumer Reports for 2018, but sales have dropped 13.4 %, and it’s one of Chevrolets’ worst sellers.

This once popular electric hybrid vehicle has lost some of its appeal as other players have entered into the fray, and as a result, its sales are down 13.7%.